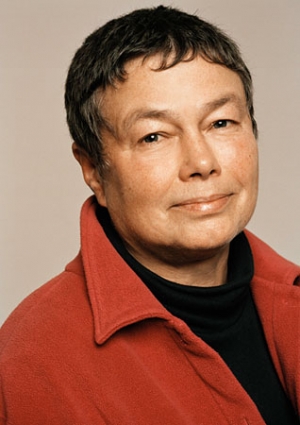 The stage, costume and set designer grew up in Wuppertal, Germany, where she completed part of her apprenticeship at the local School of Arts and Crafts. Subsequently, she worked as a stage and costume designer for more than 80 theater productions in Ulm, Dortmund and Oberhausen. In the 70s, she was celebrated in South America for her work on the production of "Rise and Fall of the City of Mahagonny", a play by Brecht and Weill. In the mid-70s, she switched to the movie business and worked as a costume designer at the set of Wolfgang Petersen's "Das Boot" ("The Boat", 1979-1981). Bauert also gained international experiences in movie productions such as Ronald Neame"s "The Odessa File" (1974), John Hough"s "Brass Target" (1978), and Wolfgang Petersen's "Enemy Mine" (1983).

Following several jobs as a set designer for TV productions (e.g. "Tatort" and "Klefisch"), Monika Bauert increasingly turned her attention towards productions for the big screen. Her credits include "Manta Manta" (directed by Wolfgang Büld) and Joseph Vilsmaier's "Charlie und Louise" (1993). Furthemore, she worked as a set designer for the box office hits "Der bewegte Mann" ("Maybe… Maybe Not", 1994) and "Das Superweib" ("The Superwife", 1996), both directed by Sönke Wortmann. She was also responsible for the set design of productions such as Dani Levy's "Stille Nacht" (1995), Thomas Jahn's "Knockin' on Heaven's Door" (1997), and Jobst Christian Oetzmann's "Die Einsamkeit der Krokodile" ("The Loneliness of the Crocodiles", 2002).

She also proved her keen sense for detail in production design with her following films that covered fairly different subject areas: Her work included production design of films such as the crime film drama "Boran" (2001), the teenage comedy "Die Klasse von '99" (2003), the children's films "Mein Bruder ist ein Hund" ("My Brother is a Dog", 2004) and "Rennschwein Rudi Rüssel 2" ("Rudy – The Return of the Racing Pig", 2007), as well as "Liebe Mauer" ("Beloved Berlin Wall", 2009), a nostalgic romantic comedic about the fall of the Berlin Wall.

Monika Bauert teaches Production Design at the IFS International Film School Cologne and involves herself with the support of young talents. She is a board member of the German Film Academy.