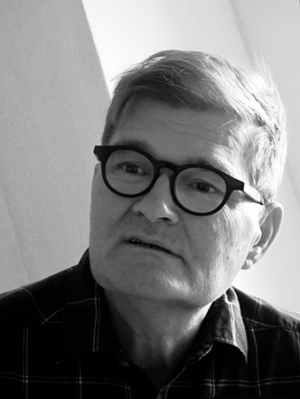 Martin Gressmann was born in Hamburg in 1953. Growing up in Bruxelles, he went on to study at the Hochschule für Fernsehen und Film (HFF) in Munich form 1976 to 1980. He subsequently worked as assistant DoP on films like Rudolf Thome's "Berlin Chamissoplatz" (1980) and "System ohne Schatten" (1983), and Helke Sander's "Der Beginn aller Schrecken ist Liebe" (1984).

Gressmann, who also was DoP on Andreas Gruber's acclaimed drama "Hannas schlafende Hunde" (2016), eventually produced, directed and shot the long-term documentary "Das Gelände". The film chronicles the change of the Berlin compound that once housed the headquarters of the Nazi secret police Gestapo and is now the site of the Topography of Terror Documentation Center. "Das Gelände" won the award for Best Cinematography at the 'Achtung Berlin' Festival and was named Best Documentary at the Preis der deutschen Filmkritik.

In addition to his career as DoP, Gressmann has developed look and lighting concepts for TV studios and has been a long-standing lecturer at the Filmakademie Baden-Württemberg.