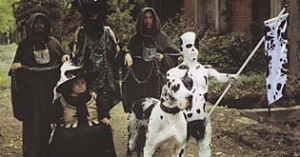 The experimental feature film is loosely based on Virginia Woolf’s novel "Orlando" (1928) and Todd Browning's film classic "Freaks" (US 1932). In five episodes, the film follows its main character, "freak" Orlando Zyklopa, through five epochs of history, the Classical antiquity, the Middle-Ages, the 18th century, around 1900 and the late 20th century. Just as the character in the novel, this Orlando can change his face, be re-born after death and live in various centuries without noticeably growing older. Director Ulrike Ottinger stated that "by using the example of the freak, the film tells a 'histoire du monde' of errors, incompetence, hunger for power, fear, madness, cruelty and everyday life as a small world theatre in five episodes".