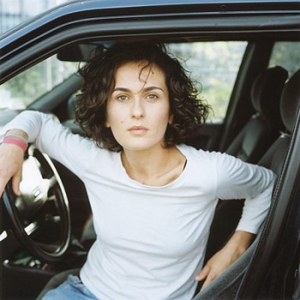 Marie-Lou Sellem was born in Göttingen on June 19th 1966. The daughter of a French father and German mother, she spent time of her youth in Rennes. After graduating from school, she enrolled in acting classes at the Folkwang academy in Essen. In 1988, she got her first acting engagement at the Essen Philharmony.

One year later, she made her film debut in Christoph Schlingensief's "100 Jahre Adolf Hitler – Die letzte Stunde im Führerbunker". Following several theatre engagements, including the Theater Basel and the Volksbühne Berlin, she got rave reviews for her performance in Tom Tykwer's ensemble film "Winterschläfer" ("Wintersleepers").

Marie-Lou Sellem then appeared in several TV productions, including the comedy "Die hohe Kunst des Seitensprungs" (1998), the thriller "Unschuldige Biester" (1999) and the crime drama "Kill me softly" (2000), before returning to the big screen with roles in three acclaimed feature films in one year. For her performances in the drama "Mein Bruder der Vampir" ("Getting My Brother Laid"), the coming-of-age tale "Nichts bereuen" ("No Regrets") and the childrens" film "Hilfe, ich bin ein Junge" ("Help, I'm a Boy"), she received a nomination as Best Supporting Actress at the 2002 German Film Prize.

In 2005, she had a recurring role in the crime series "Die Gerichtsmedizinerin", and the next year, she played alongside Nadja Uhl, Ulrich Tukur und Mišel Matičević in the thriller "Dornröschen erwacht". She also played the role of Dr. Anna Jacobi in 32 episodes of the series "Notruf Hafenkante" (2007), and regularly appeared in the popular "Tatort" series.

In 2007, director Franz Müller cast her as the female lead for "Die Liebe der Kinder" ("Wallace Line"), which premiered at the 2009 Munich Film Festival. In the film, which was released in Summer 2010, Sellem plays a lonely academic and single mother, who starts a patchwork family with a down-to-earth worker – until his son falls in love with her daughter.

In the following years, Sellem appeared on the big screen only rarely. She played a small supporting role in the multi-award winning drama "Am Himmel der Tag" ("Breaking Horizons", 2012) as the gynaecologist of the main character who becomes involuntarily pregnant. In Caroline Link's father-and-son drama "Exit Marrakech" ("Morocco", 2013) as well as in the modern fairytale "Aschenbrödel und der gestiefelte Kater" (2013), she played the main characters' mother.

First and foremost, Marie-Lou Sellem worked for TV productions. She appeared as a police psychologist in the thrillers "Wolfsfährte" (2010), "Blutadler" (2012) and "Brandmal" (2015). In the TV drama "Bis zum Ende der Welt" (2014), she starred as a detective inspector that keeps her Roma descent a secret out of fear of repression. In Vivian Naefes comedy "Zeit der Zimmerbrände" (2014), she then appeared as the love interest of a sly US returnee (Uwe Ochsenknecht). In addition, she starred in numerous guest roles in German TV series such as "Soko Köln", "Ein Fall für zwei", "Mordkommission Istanbul" and "Kommissar Dupin". After making an appearance as an "integration officer" in the satirical Neonazi comedy "Heil" (2015), Marie-Lou Sellem starred as the lead on the big screen again. In the drama "Looping" (2016), she portrayed a patient in a psychiatric clinic who develops very close relationships with two other women.

She also appeared in a supporting role in Jan Krüger's love triangle film "Die Geschwister" ("Brother and Sister", 2016) and once again as the main character's sister in "Der Hafenpastor und das Blaue vom Himmel" (2016, TV). Sellem portrayed an actor in Nicolas Wackerbarth's "Casting" (2017) and a frustrated wife in the comedy "Hit Mom – Mörderische Weihnachten" (2017). In 2018, she starred in three episodes of the TV crime series "Falk" before appearing in the multi-award-winning feature film "LOMO - The Language of Many Others" as the mother of a teenager in crisis.