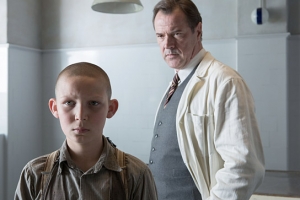 Director Kai Wessel returns to a dark period in the last century for the first feature film to address one of the greatest taboos of German history – the Nazis' euthanasia program during the Third Reich. Based on Robert Domes' 2008 historical novel, "Fog in August" centers on the fate of 13-year-old Ernst Lossa who is committed to a mental hospital in 1942 because of his origins in a family of travelers. He soon discovers the truth behind the hospital's façade and sabotages its euthanasia program to help his new-found friends, but his actions have not gone unnoticed...