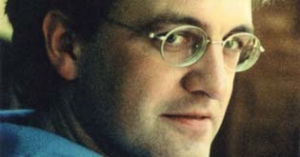 Jan Schütte, born June 26, 1957 in Mannheim, already worked as a photo reporter for the sports sections of several newspapers during his time at high school. After finishing school, he studied literature, philosophy, and art history in Tübingen, Zurich, and in Hamburg. From 1979 on, he worked as a TV reporter for regional TV shows.

In 1982, Schütte made his debut as a director with the short documentary film "Ugge Bärtie – Bildhauer" about the artist of the same name. After four more short and feature-length documentary films that were mainly marked by a perspective accurate in every detail on the most different social settings, Schütte finished his first feature film "Drachenfutter" ("Dragon Chow") in 1987. The drama about applicants for asylum received outstanding reviews and won several awards, including the Prix Francois Truffaut and the awards of German film critics.

In his following feature and documentary films "Verloren in Amerika (1989), "Winckelmanns Reisen" (1990), and "Auf Wiedersehen, Amerika" ("Bye Bye America", 1993, winner of a Filmband in Silber), Schütte collaborated with writer Thomas Strittmatter on the screenplays and again proved himself as a precise portrayer of unconventional characters and demonstrated his acute sense for social backgrounds. The same counts for the unagitated drama "Fette Welt" ("Fat World", 2000). In the film, Jürgen Vogel brilliantly portrays a homeless person who falls in love with a 15-year old runaway.

In 2000, Schütte was appointed to the post of "Artist in Residence" at Dartmouth College in New Hampshire, USA. From 2005 to 2006, he served as a visiting professor at Harvard University in Massachusetts, USA. During this time, Schütte finished two feature films for the movie screen: "Abschied – Brechts letzter Sommer" ("The Farewell", 2002) and the Jewish family story "SuperTex" (2004).

Together with his fellow director Peter Sehr, Schütte runs the German department of the joint master class of young European producers of Filmakademie Baden-Württemberg and the Paris film school Fémis. In spring of 2009, Schütte presented his seventh full-length feature film "Bis später, Max!" ("Love Comes Lately"). The literary road movie is a feature-length version of his short film "Old Love" from 2001. Otto Tausig stars in the leading role of both film versions.