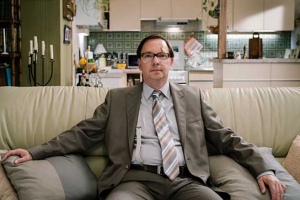 Thomas Müller is a prototypical German petty bourgeois. His bland marriage with Sabine is in a rut, and he is estranged from his adolescent son Alexander. When Thomas suddenly loses his job, his world is shattered. But then he makes the acquaintance of Stefan Schmidt, who seems to be very interested in Thomas and unexpectedly offers him a new position at Industries Unlimited. At first, Thomas is utterly confused that his new colleagues keep asking him about his daily routines, his favourite brands and foods, and his worries and hopes. But eventually he learns that Stefan as the company are exploiting him for market research: What appeals to Thomas, appeals to the masses. Thomas realizes that he has to quit his old life. Accompanied by his son, Alexander's girlfriend Mira and his own secret love Ute, Thomas sets out to escape his boring existence once and for all.