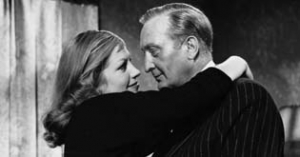 One night, after having relieved an accident victim of his money, the truck driver Heinrich Schlüter picks up a hitchhiker named Inge. The young woman soon comes on to him, but the happily married Heinrich resists. When he runs into her again a few days later, however, he is no longer able to restrain himself. Heinrich falls in love with Inge, taking her out and buying her expensive gifts, and thus opens the door to blackmail. One day Inge′s boyfriend turns up and demands that Heinrich let him use his truck for a burglary. At first, Heinrich complies, but then he provokes an accident as a result of which the burglars are caught. Contrite and repentant, Heinrich returns to his wife.