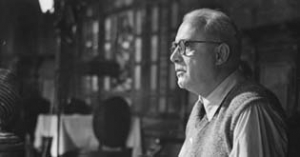 Carl August Hugo Froelich was born September 5, 1875, in Berlin as the son of the post office clerk Carl August Emil Alexander Froelich and his wife Anna Mathilde Sophie (née Herzog). After finishing his studies of electrical engineering at the University of Darmstadt, Froelich started to work at the company Siemens & Halske.

On February 3, 1903, he joined the construction department of the company run by Oskar Messter who was the leading manufacturer of cinematographic instruments. In addition to collaborating on technical inventions (e.g. the audio-visual system Biophon), Froelich started to make films, including scientific documentaries about the effects of poison on the human heart (shot at the Berlin University’s pharmacological institute), a club foot operation (shot at Messter’s studio on Friedrichstraße 16), and newsworthy events such as the aftermath of a train accident on the Berlin elevated railway on September, 28, 1908. Furthermore, Froelich shot sound pictures (e.g. Henny Porten’s 1906 debut "Meissner Porzellan") and feature films. He has been credited with filming most of Porten’s movies up until World War I.

In 1913, he co-directed the expensive movie "Richard Wagner" alongside William Wauer and added trick sequences showing the Flying Dutchman out at sea. While in Germany the movie was considered a cultural outrage, it met with success in the USA, albeit it could not recoup its production costs. Froelich mainly worked as a cinematographer, only occasionally switching to directing ("Problematische Naturen", "Tirol in Waffen").

Being a member of an anti-aircraft squadron at the beginning of the war, he was later transferred to the army’s film department, where he produced war reports for Messter's weekly newsreels.

From 1919 until 1920, he worked as a director for the production company Maxim-Film Ges. Ebner & Co., where he shot movies starring Lotte Neumann ("Arme Thea"; "Der Klapperstorchverband"), Lil Dagover ("Der Tänzer"), as well as Emil Jannings and Fritz Kortner ( "Die Brüder Karamasoff" ). In 1920/1921, he directed two Dagover films for Decla-Bioskop as well as the Asta Nielsen film "Irrende Seelen", based on Dostoevskij’s novel "The Idiot". In 1920, he established his own production company Froelich-Film GmbH, Berlin.

Froelich’s films received very positive reviews: "…something truly new, (…) using close-ups to depict human emotions. " (Güttinger on "Irrende Seelen"). Béla Balácz considered Froelich’s depiction of the jealousy between three people in "Der Wetterwart" a "revolution (…) Although the plot does not move forward and the situation stays the same, the pictures are feverishly changing." (Der Tag, 6/13/1924).

Following the international success of the Porten film "Mutter und Kind", Froelich, Porten, and her husband Wilhelm von Kaufmann founded the Henny Porten-Froelich Produktion GmbH on September 26, 1924. Up until 1929, they produced fifteen movies together, each one marked by the popularity and professionalism of both film star and director. Henny Porten’s mutability was emphasized in comedies such as "Das Abenteuer der Sibylle Brant", whereas serious or tragic films such as "Die grosse Pause" and "Zuflucht" emphasized her motherliness and aplomb.

After Froelich’s separation from Porten in 1929, the Froelich-Film GmbH resumed production again. "Die Nacht gehört uns" ("The Night Belongs To Us"), which was shot in London, was one of first three German sound films. Due to the high production costs, it was realized as a German-French co-production. Instead of using sound merely as an attraction tool, Froelich deployed it to create authenticity and explore emotions. Thus, Hans Albers‘ mumbling turned into "background music made up of unintelligible muttering" (W. Fiedler). Italian peasants speak Italian: "It appears to be the picture of an original landscape, an original acoustic recording of nature. A language landscape." (B. Balácz).

In 1932, Froelich collaborated on the omnibus film "Mädchen in Uniform" ("Girls in Uniform"), which criticizes the Prussian educational methods in an all-girls boarding school and depicts the love between a girl (played by Froelich’s discovery Hertha Thiele) and her school mistress. While the "ladies director" Froelich settled for technical and artistic supervision, Leontine Sagan took over directing. The movie featured an all-women cast.

When Froelich joined the Nazi party in 1933, his company became an associate partner of the state-controlled Ufa film studio. From 1939 on, Froelich was in charge of the Gesamtverband der Filmherstellung und Filmverwertung ("Union of Film Manufacture and Film Evaluation").

In 1934, he directed "Ich für Dich – Du für mich" on behalf of the Ministry of Propaganda. The movie depicted women’s involvement in the state labor service. As a producer of entertainment films, Froelich adjusted to the "new spirit of National Socialism" ("Traumulus"). On January 30, 1937, he was appointed professor, and on June 30, 1939, he was appointed president of the Reichsfilmkammer, a public corporation that regulated the German film industry between 1933 and 1945. Up until 1945, Froelich was "a prime example for the close bond between cinema and governance" (Wolfgang Becker). Froelich directed films starring Zarah Leander ("Heimat"; "Es war eine rauschende Ballnacht"; "Das Herz der Königin") and Ingrid Bergman ("Die 4 Gesellen") as well as the both nostalgic and optimistic two-parter "Familie Buchholz" / "Neigungsehe", in which Henny Porten played a resolute lady.

After the end of the war, Froelich was arrested and "de-Nazified" in 1948. In 1950/1951, his company Froelich-Film GmbH produced three movies that had only little success.

In celebration of his 50th anniversary in the film business, Froelich was appointed honorary president of SPIO, an association representing the interest of the German film industry. Furthermore, he became an honorary member of the Verband der Filmschaffenden and the Deutscher Bühnen-Club. Carl Froelich has been married to the actress Edith Elisabeth Faust since 1938.