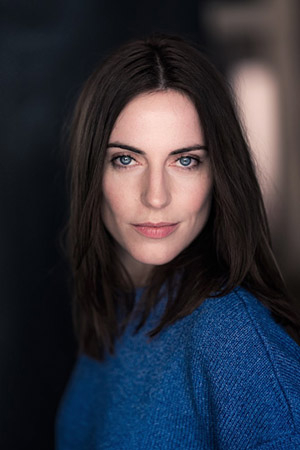 Antje Traue was born in Mittweida on January 18, 1981. Raised in Genthin, she moved to Berlin with her mother in 1999 and then relocated to Munich five years later. Traue appeared in amateur stage productions when she was still a high school student. At the age of sixteen, she began to study at the International Munich Art Lab. During her training, she was cast as one of the leads in the hip hop musical "West End Opera", which premiered in 1999 and guested in Germany, Italy, Austria, Switzerland and even the United States until 2002.

Following her screen debut in the coming-of-age comedy "Kleinruppin Forever" (2004), Antje Traue appeared in several student films and guest-starred on the TV show "SOKO Köln" (2007). After a supporting role in "Berlin am Meer", she starred opposite Ben Foster and Dennis Quaid in the science-fiction thriller "Pandorum" (GB/DE 2009). This marked the beginning of Traue's international career, which led to memorable roles in Renny Harlin's "5 Days of War" (GE/US 2011) and the blockbuster "Man of Steel" (US 2013). She next appeared alongside Jeff Bridges and Julianne Moore in the fantasy film "Seventh Son" (US/GB/CA/CN 2014) and was one of the leads in Simon Curtis's "Woman in Gold" (GB 2015).

Shortly thereafter, Traue was seen in a smaller supporting role in the crime thriller "Rewind - Die zweite Chance" (2017) and in a leading role in the sports betting thriller "Spielmacher" (2018), as the mother of a talented young soccer player. She had a series lead role in "Emma" (2019, as a forensic scientist who becomes involved in a mysterious case with her old-fashioned father (Michael Gwisdek). Due to poor reviews and moderate viewer interest, however, the series was not recommissioned. However, the streaming series "Dark" (2017-2020), with Traue in a leading role as Agnes Nielsen, was an international success.

She had other television roles in "Gefangen" (2021), as the wife of a traumatized police officer, and in the family story "An seiner Seite" ("At His Side", 2021), as the daughter of a world-famous conductor. In the summer of 2021, the feature film "König der Raben" ("King of Ravens"), about a woman (Traue) who begins a love affair with an illegal migrant, was released.