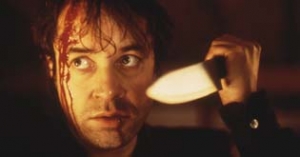 A gruesome series of murders is puzzling the police. After every full moon, horribly mutilated bodies are found. All victims show deep, claw-like wounds. Head of the police Lasinger is putting his two best men in charge of the case: Commissar Graf is a pragmatic old school cop while Becker is an unorthodox and sublimated observer who is fairly certain that the murder series has a supernatural background.

At the same time, scruffy author Thomas Krämer gets involved in mysterious incidents. After being attacked on a country road at night by some kind of animal he gets the feeling that he has been changing in a strange way. When several more bodies have been found Krämer starts to think that he has become the dreaded beast that only strikes his victims at full moon. Only the mysterious editor Eschbach who is fascinated by myths and fairy tales and pretends to support Thomas’s career seems to know what the murders are really about.