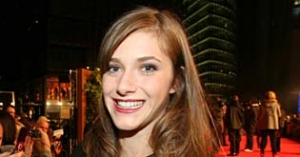 In 2006, Stein enrolled at the Zurich Academy of the Arts, where she studied acting and received her B.A. in 2009. In 2010, she starred in two cinema releases: Cinan Ihan's urban drama "180° – Wenn deine Welt plötzlich Kopf steht" and Philipp Stölzl's "Goethe!", in which she embodies the young love interest of the titular poet. Also in 2010. she joined the cast of Hermine Huntgeburth's adaptation of the bestselling novel "Neue Vahr Süd", which was aired in 2011.

She played a teacher trying to help an orphaned boy who is abused by his foster family in Markus Imboden's acclaimed rural drama "Der Verdingbub" (D/CH 2012). On a lighter note, Stein next starred in Tomy Wigand's comedy "Omamamia" (2012) as an easy-going student, whose life in Rome is unexpectedly disturbed by a visit from her resolute grandmother.

Since 2012, she also is a regular cast member of the Austrian TV series "Vier Frauen und ein Todesfall". For their performances in the much-discussed WWII miniseries "Unsere Mütter, unsere Väter" (2013), Stein and her fellow cast members won a special prize at the Bavarian Television Award. The same year, she joined the cast of Christian Zübert's comedy "Hin und Weg", which is to be released in the fall of 2014.