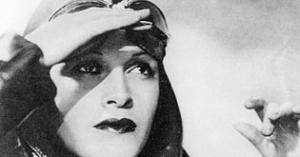 A dramatic love triangle set against a futuristic adventure backdrop: Ballsy pilot Ellissen is an avid supporter of his old friend Droste′s bold design for an ocean-based platform which would support overseas flights. Thanks to the financial help of industry heiress Claire Lennartz – whom Ellissen loves – the project finally starts to materialize. When Ellissen is asked to pilot a new prototype, he leaves Claire and Droste behind. Two years later, the construction of flight platform F.P. 1 is nearly completed, when radio contact to is suddenly lost following a severe sabotage act. Disillusioned Ellissen, who just returned home after a string of misfortunes, and Claire, who is now romantically involved with Droste, fly to the platform. Due to the damage, it threatens to sink, and while the crew feverishly works to save the platform, jealousy heightens the tensions between Ellissen, Droste and Claire.