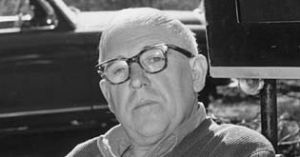 Karl Hartl was born on May 10, 1899 in Vienna. After finishing Norbertinum school he became an assistant director at Sascha-Filmfabrik. From 1919 on, he assisted the Hungarian director Alexander Korda and worked as Korda's executive producer in Berlin. In 1926, Hartl went back to Vienna and handled the editing of foreign movies for Sascha-Filmverleih. He also worked as executive producer for director Gustav Učicky, a former schoolmate. From 1929, Hartl also became Učicky's co-author.

From 1938 on, Hartl was the head of production of Wien-Film GmbH, the national association of Austrian film companies. Wien-Film mainly produced propaganda free entertainment movies under Hartl's direction. Although "Der Engel mit der Posaune" ("The Angel with the Trumpet", 1948), his first movie after the war, received rare reviews, Hartl made several commercial entertainment films in the following years. It was not until "Weg in die Vergangenheit" in 1954 and "Mozart" ("The Life and Loves of Mozart") in 1955 that Hartl was able to do more ambitious film work. In 1957, Hartl became production manager of Cosmopol-Film Wien. As a versatile director, Hartl also worked as a counsellor for struggling movie productions of new-found film company Wien-Film.