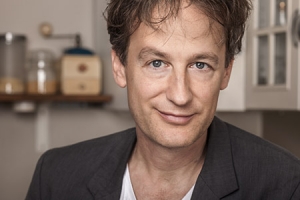 Jan Henrik Stahlberg, born December 30, 1970, in Neuwied, North Rhine Westphalia, studied acting at Ruth von Zerboni's in Munich from 1992 to 1993 and at the Institut des Arts de Diffusion in Bruxelles from 1994 to 1997. He won the award of the "Union des Artistes" when he graduated from drama school and played several parts in international films produced in the Benelux countries, such as ("The Dog of Flanders", 1997). In 1998, he also performed in several productions of Theater Ingolstadt and of Volksbühne Berlin. Stahlberg played his first leading role in a movie in "Science Fiction" (2002) and made his breakthrough performance in the vicious satire "Muxmäuschenstill" ("Quiet as a Mouse", 2003) as a psychopathic and self-righteous "Mr. Clean". Stahlberg also co-wrote "Muxmäuschenstill" with director Marcus Mittermeier.

In 2006, Stahlberg wrote the screenplay to the political satire "Bye Bye Berlusconi" and also directed the film. In 2007 he directed "Short Cut to Hollywood" together with Marcus Mittermeier. As an actor, Stahlberg was often seen in TV productions, for instance in the episodes "Herzversagen" (2004) und "Schneetreiben" (2005) of the "Tatort" crime film series, but also in striking supporting roles in movies such as "Knallhart" ("Tough Enough"), directed by Detlev Buck, or "FC Venus" ("FC Venus - Women with Balls", both 2006). In 2007, Stahlberg played another leading role on the big screen alongside Alexandra Neldel in the musical love story "Märzmelodie" ("Melodies of Spring"), directed by Martin Walz. After two years of production, "Short Cut to Hollywood", the sophomore feature by Stahlberg and Marcus Mittermeier, premiered in the Panorama section at the 2009 Berlin IFF.

Primarily working as an actor, Stahlberg appeared in "Mogadischu" (2008) and had a recurring role in the TV series "SOKO München". He also played a state attorney in Hendrik Handloegten's mystery thriller "Sechzehnzeichen" (2012), and guest-starred on numerous TV shows. His performance in the theatrical release "Der Kuckuck und der Esel" ("The Cuckoo and the Donkey", 2014) garnered Stahlberg a nomination as Best Supporting Actor at the Deutsche Schauspielerpreis.

Following more TV appearances, Stahlberg returned to the big screen in 2017 with turns in the comedy "Einsamkeit und Sex und Mitleid" ("Sex, Pity and Loneliness") and the French biopic "Django". The same year also saw the release of Stahlberg's third feature film as director: "Fikkefuchs" ("Bedbugs") tells the story of an aging wannabe womanizer (played by Stahlberg) who tries to teach his awkward adult son how to flirt with women.