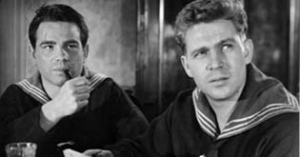 A film about the historical uprising of the seamen in Kiel: During the Russian October Revolution of 1917, German and Russian soldiers start to solidarize with each other. By disarming the officers, machinist Henne Lonke and stoker Jens Kasten prevent the attack on a Russian freighter. When German admiralty gives out orders for operation "Nibelungen", which would lead the German fleet into a suicidal attack against England and quell the revolutionary spirit, seamen and soldiers from different political backgrounds unite in protest.