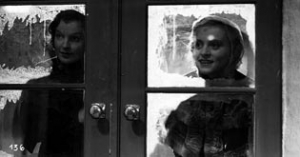 Turn-of-the-century Vienna. Lieutenant Fritz Lobheimer is having a secret affair with the Baroness Eggersdorf, but wants to end the relationship because he is constantly afraid of being found out. However, the Baroness wants to hear nothing of it. In the meantime, the Baroness′ husband becomes suspicous and returns home early one day. Fritz is able to sneak out unnoticed, but the Baron finds a strange key - the key that Fritz gave the Baroness to his apartment. Suddenly the Baron appears one night during a party at Fritz′ apartment - using the key he found, thus revealing Fritz as his wife′s secret lover. Fritz must then face death when his code of honor compels him to duel a Baron.