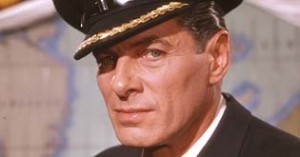 Rudolf Prack, born August 2, 1905, in Vienna, visited a commercial academy and finished an apprenticeship as a bank clerk. He then worked in a bank to be able to put himself through drama school at the Max Reinhardt seminar in Schönbrunn. Prack then played under Hans Thimig at Theater in der Josefstadt and made his movie debut in 1937 in Carl Lamac's musical comedy "Florentine". In 1939, Gustav Ucicky contracted Prack for Wien-Film. In the same year, Prack celebrated his first major success in Ucicky's "Mutterliebe" ("Mother Love"). His part as the poacher Thomas Werndl in Karl Köstlin's "Krambambuli" finally turned him into a public idol. At the end of the 1940s and the beginning of the 1950s, Prack, the nice, young gentleman, became the ideal protagonist of the post-war generation. In six films, Prack and Sonja Ziemann became the movie dream couple of the era.

The part of the noble-minded, yet dashing ranger in Hans Deppes "Grün ist die Heide" ("The Heath Is Green") turned out to be his showcase role. When in "Die Privatsekretärin" a typist falls in love with the general director (who travels incognito), the film conveys the feeling of unlimited advancement in the Wirtschaftswunder era. Prack's wan acting performances facilitated identification with his characters: In his roles as a ranger ("Frauenarzt"), archduke ("Kaiserwalzer" - "The Emperor Waltz"), crown prince ("Kronprinz Rudolfs letzte Liebe") und Czar ("Der Kongreß tanzt" - "Congress Dances"), Prack always was the noble, helpful and benign protagonist. Among his female partners were Winnie Markus, Marianne Hold und Hannerl Matz.

During the mid-1960s, Prack also became a TV star as a country doctor in the TV series "Landarzt Dr. Brock". When his popularity slumped, Prack started to write radio plays and short stories. He also appeared in guest roles in Hans Jürgen Syberberg's "Karl May" and Ottokar Runze's "Die Standarte" ("The Standard"). On December 3, 1981, Rudolf Prack died in Vienna.