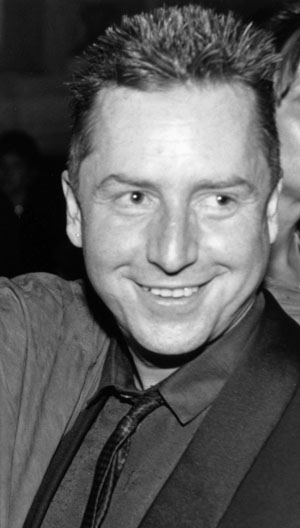 Born on December 8, 1955 in Eckwälden (Württemberg) as the son of director and actor Willy Semmelrogge (1923-1984), Martin Semmelrogge attended a Waldorf School and already worked as a radio drama actor at the age of 12. His career as an actor began in 1971 when Helmut Ringelmann offered him a leading role as a young patricide in the crime series "Der Kommissar" (episode: "Fluchtwege"). This was followed by the ambitious TV-series "Tadellöser & Wolff" (1975) based on the novel by Walter Kempowski. Semmelrogge had great success in the two-part children's film "Die VorstadtKrokodile" (1977) based on the children's book by Max von der Grün.

Semmelrogge also repeatedly played leading roles on stage: in 1976 he made his debut in Tom Stoppard's "Rosencrantz & Guildenstern Are Dead" in Lübeck, later he played Jimmy in Tennessee Williams' "The Glass Menagerie" (1978).

His breakthrough came in 1981 in Wolfgang Petersen's worldwide success "Das Boot", playing a mischievous 2nd officer. In the following years, Semmelrogge became one of the busiest actors on German television. He took on guest roles in numerous crime series such as "Derrick", "Der Alte" and "Ein Fall für Zwei", and due to his sly appearance and flippant nature he was usually cast as a shady character or as a more or less likeable loser. From 1995 to 2000, he played a leading role as an investigator in the successful 22-part crime series "Die Straßen von Berlin".

Less frequently, Semmelrogge appeared on the big screen: In Steven Spielberg's "Schindler's List" (US 1993) he embodied an SS officer, in Peter Zingler's prison comedy "Alles nur Tarnung" (1996) he played a conniving prisoner; in 1998 he starred in the feature film "Bang Boom Bang - Ein todsicheres Ding" directed by Peter Thorwarth and was part of the ensemble in Romuald Karmakar's "Manila".

Also in the 2000s, Semmelrogge was occasionally seen in cinema productions, mostly in larger and smaller supporting roles. Among others, he portrayed a terrorist in the thriller "Feindliche Übernahme – althan.com" ("Hostile Takeover", 2001), a brash neighbour in the bizarre comedy "Ein göttlicher Job" ("A Goddamn Job", 2001), a porn producer in "Agnes und seine Brüder" ("Agnes and His Brothers", 2004) and a windy crook in the Edgar Wallace parody "Neues vom Wixxer" ("The Vexxer", 2007). He made a guest appearance as a ridiculous policeman in the documentary drama "Chaostage - We are Punks!" ("Warriors of Chaos", 2009) and, alongside Claude-Oliver Rudolph and Ralf Richter, belonged to the ensemble of the low-budget crime drama "Kopf oder Zahl" (2009). In the children's film "Vorstadtkrokodile" ("The Crocodiles", 2009), Semmelrogge made a smaller appearance as a miniature golf course owner - a reference to the first TV adaptation from 1977, in which he played the criminal villain.

In summer 2009, Semmelrogge appeared on stage at the Bad Segeberg Karl-May-Festspiele as the villain Colonel Brinkley in "Der Schatz im Silbersee". After this, he concentrated almost exclusively on stage work until 2015.

From 2015 on Martin Semmelrogge again worked for TV and cinema productions. He made cameo appearances as a cellmate in four episodes of the comedy series "Im Knast" (2015), and short appearances in "Kommissar Marthaler - Ein all zu schönes Mädchen" (2015, TV) and in "Radio Heimat" (2016). He played a leading role as a mercenary in the low-budget action film "Tal der Skorpione" (2019), again together with Claude-Oliver Rudolph and Ralf Richter.