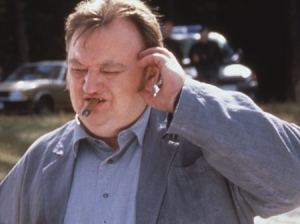 Dieter Pfaff, born on 2 October 1947 in Dortmund as the son of a policeman, began studying German and History after graduating from high school, but left University in 1969 to take on an assistant director position at the Dortmund Theatre. He subsequently worked as a dramaturge and then as author and director at various theatres, including Paderborn, Tübingen, Munich and Frankfurt am Main. He was also a temporary cultural advisor in Landshut.

In 1983 Dieter Pfaff was appointed professor for acting in Graz at the University of Music and Performing Arts. At this time he also played his first roles on TV and film. In 1984 he became known to a wider audience for the first time through his supporting role as policeman Otto Schatzschneider in the series "Der Fahnder". Numerous appearances in other series followed, including "Tatort" and "Auf Achse". He also played smaller roles in movies such as Dominik Graf's "Treffer" or the Dieter-Hallervorden-comedy "Bei mir liegen Sie richtig". In the highly acclaimed television film "Das Phantom - Die Jagd nach Dagobert" (1994), directed by Roland Suso Richter, he played the leading role of a commissioner following the notorious blackmailer of department stores.

Several series roles developed by Pfaff himself followed: In 1996, for example, he played a monk in love's distress in the RTL series "Bruder Esel", and together with Rolf Basedow and Dominik Graf he created the character of the title-bearing commissioner in the ZDF series "Sperling" (1996 to 2007). For these two series he was awarded the Grimme Prize in 1997, for the series "Sperling und der brennende Arm" he received the Bavarian Television Prize in 1999. From 2002 he impersonated the idiosyncratic psychotherapist "Bloch" for the public broadcaster ARD, from 2005 he appeared in "Der Dicke" (also ARD) as the lawyer Gregor Ehrenberg, who stands up for the rights of ordinary people. With these roles Pfaff became one of the most popular actors in Germany.

In autumn 2012 Dieter Pfaff was diagnosed with bronchial carcinoma. On 5 March 2013 Pfaff died at the age of 65.