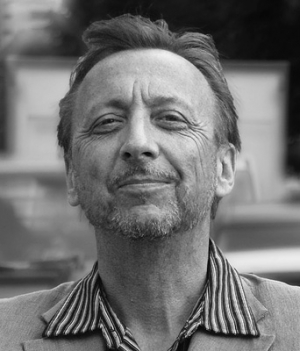 Klaus Maeck was born in Hamburg on July 18 1954. Form 1979 until 1983, he was one of the owners of "Rip Off", the city's first record store for punk music. During that time, he also began shooting Super 8 movies. He moved on to write and produce the feature "Decoder" (1984), which became a cult film beyond the punk scene.

In 1984, Maeck became a co-founder of Freibank Music Publishing, which was initially incepted to manage the copyrights of seminal experimental band Einstürzende Neubauten, yet soon started to sign other musicians. Moreover, Maeck produced and directed the documentaries "William S. Burroughs: Commissioner of Sewers" and "Liebeslieder: Einstürzende Neubauten" (1993). He also works as a music advisor for film productions and directed several music videos.

Klaus Maeck teamed up with Fatih Akin and Andreas Thiel to found the production company Corazón International in 2003. In 2008, Maeck and Thiel won the German Film Award for Best Feature Film for their production of Akin's "Auf der anderen Seite" (2007), Thiel, who passed away in 2006, was honored post-humously.

In 2013, Maeck founded Interzone Pictures and started production on the documentary "B-Movie: Lust & Sound in West-Berlin", on which he also acted as co-author and co-director (along with Jörg A. Hoppe, Heiko Lange and Miriam Dehne). Chronicling West-Berlin's vibrant underground scene of the early 1980s, the film won the Heiner-Carow-Preis at the 2015 IFF Berlin and was released theatrically in May 2015.