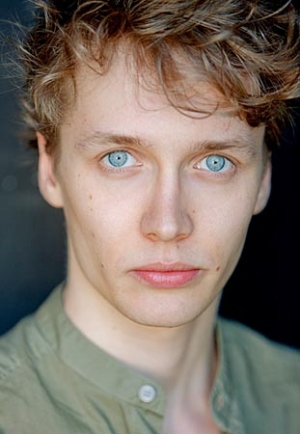 Julius Feldmeier was born in 1987. From 2008 until 2012, he studied acting at the theatre academy of the Hochschule für Musik und Theater in Hamburg. He received the Studio Hamburg scholarship and already as a student guest-starred in productions of the Thalia Theatre in Hamburg. After his graduation, he became a company player at the Schauspielhaus Graz for the 2012/2013 season.

He made his screen debut in a supporting role in the "Tatort" episode "Die Ballade von Cenk und Valerie" (2012). He got his first leading role playing a humiliated Jesus Freak in Katrin Gebbe's drama "Tore tanzt" ("Nothing Bad Can Happen"), which premiered at the 2013 Cannes IFF. For his intensive performance in this role he was awarded Best Actor at the German Director's Prize 'Metropolis' and at the German Actor's Prize he won the prize for Best Young Actor.

In the first season of the much acclaimed and internationally successful series "Babylon Berlin" (2017) he took on a leading role as a supposed communist who turned out to be a National Socialist; the TV series "Das Boot" (2018), based on the movie of the same name, showed him as a steersman.

Julius Feldmeier made his directorial debut together with his wife Katja: for their documentary "6Minuten66" ("6Minutes66", 2019) they asked 15 German filmmakers to comment on theses about the future of cinema. The film celebrated its premiere at the Berlinale 2019 in the Perspektive Deutsches Kino section.