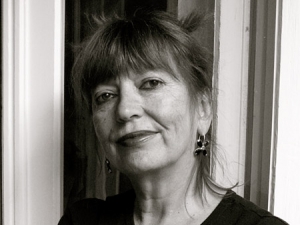 Helke Misselwitz, born July 18, 1947 in Zwickau, became a carpenter after finishing school. Then, from 1966 to 1969, she attended an apprenticeship as a physiotherapist at Medizinische Akademie Erfurt. After her graduation, Misselwitz moved to Berlin and worked as a host and assistant director for the GDR television, at first as a freelancer, and from 1973 on in a permanent position. From 1973 on, she also created the first programmes on her own before DFF sent her to Hochschule für Film und Fernsehen in Potsdam-Babelsberg to study directing. At HFF, Misselwitz finished several films including "Verstecken" (1979), "Ein Leben" (1980), and "Die fidele Bäckerin" (1982), her graduation film. Although all her films are fictional, they nevertheless contain documentary elements. Furthermore, most of the films deal with the time of the Nazi regime.

After graduating from HFF, Misselwitz did not return back to television, but started to work as a freelance writer and director, mainly for the DEFA studio for documentary films. At first, she also had to work part-time clearing tables in a Berlin station restaurant, to make a living. From 1985 to 1988, Misselwitz attended Heiner Carow's master class at Akademie der Künste der DDR. During this time, Misselwitz finished the documentary film "Winter adé" (1988) about the rather different life situations of several women in the GDR, ranging from an old grandmother to 16-year old punk girls. With this film, Misselwitz also started her long-time collaboration with cinematographer Thomas Plenert. The film was a large success with critics and movie goers alike and won the Silver Dove award at the Leipzig Festival for Documentary and Animated Film.

After her success with "Winter adé", Misselwitz got a permanent position at DEFA studio for documentary films. In her next film, "Wer fürchtet sich vorm schwarzen Mann" (1989), she portrayed the daily routines in a coal merchant's business that is led by a woman in Berlin's Prenzlauer Berg borough. In "Sperrmüll" (1990), Misselwitz accompanied a punk band whose instruments are made out of thrown away things.

After the German reunification, Misselwitz was layed off in the course of the liquidation of DEFA and set up her own film production company together with producer Thomas Wilkening – one of the first private film production companies in East Germany. In 1992, she finished her first feature film, "Herzsprung", that tells the tragic story of a young unemployed woman who falls in love with an African man and, as a result, is bullied by the residents of her small town. Misselwitz then made several more documentary films before she finished her second feature film, "Engelchen" ("Little Angel"), in 1996. In "Engelchen", Susanne Lothar emphatically played a lonely factory worker who experiences a short, happy love affair with a married Polish man, but then loses all hope for a better life. With her documentary films "Fremde Oder" (2001) und "Quartier der Illusionen" (2004), Misselwitz then again dealt with the history and the tales of individual places in East Germany.

From 1997 to 2014, Helke Misselwitz was a professor for directing at Hochschule für Film und Fernsehen "Konrad Wolf" in Potsdam-Babelsberg (today: Filmuniversität Babelsberg) and acted as a dramaturgic consultant for several projects, for instance Matthias Luthardt's debut film "Pingpong" (2006).

In 2013 Helke Misselwitz was honored at "Boulevard der Stars" in Berlin; in 2016 she received the honorary award at the German Film Critics Awards. She lives in Berlin and near Rheinsberg.