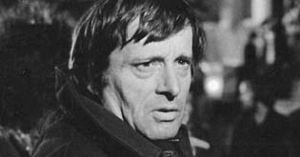 In 1952, Carow finished his debut film "Bauern erfüllen den Plan" about hog feeding contracts and made several short films. After presenting his short film "Martins Tagebuch" at the 1952 Dokumentarfilmwoche Leipzig, he was signed by DEFA-Studio für Spielfilme. Although he abandoned the filming of "Die goldenen Schneeschuhe", the first project that was commissioned to him, he finished the children’s film "Sheriff Teddy" based on Benno Pludra's book in 1956. In the film, he tied in with the style of the Gerhard Klein's realistic "Berlin films".

Together with writers Wera and Claus Küchenmeister, Carow then developed "Sie nannten ihn Amigo", a film that successfully blends a thrilling youth film with an anti-fascist topic. During the mid-1960, he also finished the TV movie "Jeder hat seine Geschichte" and the children's film "Die Reise nach Sundevit" that puts an eight-year old boy into the everyday adventures during a vacation trip, again based on writings by Benno Pludra.

In 1967, Carow started to develop the story of a 15- to 16-year old boy who is seduced to hunt a Russian boy of the same age who had escaped from forced labour. The film – "one of my most important ones" (Carow) – was finished in 1968 under the title "Die Russen kommen" ("The Russians Are Coming"). However, due to cultural policies after the 11th plenary session of SED, the film was banned from screening in its original form. It was then re-edited and extended with a contemporary plot until it finally opened in movie theatres under the title "Karriere". It took until 1987 before a nearly forgotten copy of the original version was restored and shown in movie theatres under the original title.

Based on a scenario by Ulrich Plenzdorf, Carow shot "Die Legende von Paul und Paula" ("The Legend of Paul and Paula") in 1972. By means of the eventually tragic fate of an unmarried saleswoman with two children, the film describes the problems that society sets against the spontaneous and downright demand for love and happiness. By stylizing this story to a "legend", Plenzdorf and Carow succeeded to broaden the documentary debate of contemporary problems that was started by several DEFA feature film directors with a poetic layer. The film stirred up heavy controversies in the press and was seen by over three million viewers in the GDR alone, thus making it one of DEFA's most successful films of all time.

"Ikarus" ("Icarus"), based on a scenario by Klaus Schlesinger, is centered on a boy who wants to claim the promise of a sightseeing flight from his divorced father on his ninth birthday. This claim serves as the starting point for an adventurous trip through everyday life in Berlin. In this film – that Carow himself considered as one of his best – he joined stylistic elements of his early children's films with the realistic-fantastic imagery of his later works. During the 1960s, Carow also directed plays at Volkstheater Rostock: In 1966, he directed a production of Rolf Hochhuth's play "Der Stellvertreter" ("The Deputy"), and in 1969, a productionof Rainer Kerndl's play "Ich bin einem Mädchen begegnet".

After "So viele Träume" (1985), Carow finished his last DEFA film, the gay love story "Coming Out", in 1989 and broke a GDR taboo in the film. "Die Verfehlung", his reckoning with the political system of the GDR, did not live up to his artistic credo. In resignation, Carow struggled along as the director of TV series like "Kanzlei Bürger". In 1995/96, he reacted to the current event of the tragic ferry disaster of the "Estonia" in the Baltic Sea. In "Die Fähre in den Tod", Carow dispensed with the sensational effects of popular disaster film and tried to find out more about the causes for the disaster.

Since 1954, Carow had been married to film editor Evelyn Carow who was the editor of all of her husband's films since "Karriere". Heiner Carow died on January 31, 1997, in Potsdam, from the consequences of a stroke.