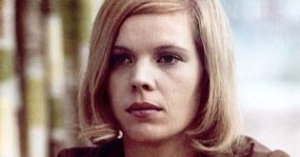 Heidemarie Wenzel, born July 7, 1945, in Berlin, already played theatre in her youth at the children"s theatre of Deutsche Staatsoper. From 1963 to 1966, she studied acting at drama school in Berlin-Hohenschönhausen. She subsequently performed at theatres in Greifswald and in Rostock. Soon, she also started to work as an actress for film and TV productions.

Wenzel played her first significant role as Fanny in Egon Günther"s film "Abschied" ("Farewell", 1968). She celebrated another success with her role as Susanne Krug in Siegfried Kühne"s film "Die Zeit der Störche" ("Time of the Storks", 1970). Alongside Winfried Glatzeder, she played the diligent teacher who breaks out of her familiar paths. She also played a leading role in Iris Gusner"s film "Die Taube auf dem Dach" (1973). However, the film was banned soon after its completion. In Heiner Carow"s love story "Die Legende von Paul und Paula" ("The Legend of Paul and Paula", 1973), Wenzel was seen as Paul’s pretty but unfaithful wife.

During the mid-1970s, Wenzel mainly starred in leading roles and was often cast for films with contemporary topics. But the authorities more and more deemed her as politically unreliable, thus she received less important role offers. Starting in the early 1980s, Wenzel was merely offered appearances in TV productions and in smaller supporting roles. In 1986, she applied for permission to leave the country. In the aftermath of her application, Wenzel received no further role offers. In 1988, Heidemarie Wenzel was finally expatriated.

From 1991 on, she played the role of Sylvia Hagenbeck, the wife of zoo director Christoph Hagenbeck, in the popular ZDF TV series "Unsere Hagenbecks". During the 1990s, she increasingly focused back on her theatre performances.

Heidemarie Wenzel is married for a second time and lives together with her husband, the writer and director Helmut Nitzschke.