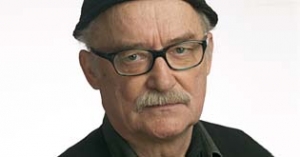 Born in Augsburg in 1941, Hans W. Geißendörfer was the son of a clergyman. While studying German literature, African languages, dramatics and psychology, he became interested in the medium film. He got himself involved with the student theater and made his first documentaries and underground films using a 16 mm camera.

After graduating from university in 1967, Geißendörfer traveled Asia and Africa before entering the movie business as an assistant director to George Moorse. In 1969, he made his directing debut with the TV movie "Der Fall Lena Christ". His first big-screen movie, the idiosyncratic vampire story "Jonathan", won Geißendörfer a German Film Award in 1970 – three more were to follow throughout his career. In 1976, he won the award for "Sternsteinhof" ("The Sternstein Manor"), in 1979 for the adaption of Patricia Highsmith's novel "The Glass Cell" - which also earned him an Oscar nomination - and in 1982 for "Der Zauberberg" ("The Magic Mountain"). In cinemas, the adaptation of Thomas Mann's famous novel was only released in a strongly shortened version. Geißendörfer's considerably more detailed "director"s cut" premiered on television.

To the German television audience, however, Hans W. Geißendörfer might well be best known as the inventor and producer of the weekly TV hit series "Lindenstrasse", which has been running at the national television channel ARD since 1985. In addition, Geißendörfer has produced numerous short films and documentaries. Since the end of the 1980s, he has directed less and less movies for the big screen. 12 years passed between the release of his drama movie "Justiz" (which earned him a Golden Globe nomination) and the award-winning poetic love story "Schneeland" ("Snowland").

Afterwards, Geißendörfer predominately worked as a producer, for instance for André Erkau's "Selbstgespräche" ("Come In and Burn Out", 2008) and Apichatpong Weerasethakul's "A Letter to Uncle Boonmee" (2009) and its sequel, the award-winning "Uncle Boonmee erinnert sich an seine früheren Leben" (2010).

For his achievements Hans W. Geißendörfer was awarded the Cross of Merit of the Federal Republic of Germany in 2015.