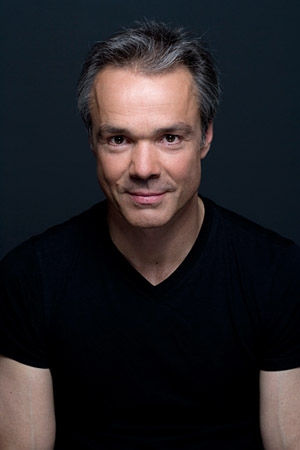 Hannes Jaenicke was born on February 26, 1960, in Frankfurt am Main. From 1967 to 1971, he lived in Pittsburgh (USA) where his father worked as a chemist. Jaenicke attended the famous Reinhardt-Seminar in Vienna and the London School of Modern Dance and worked as a dancer in the musical "My Fair Lady".

In 1984, Jaenicke made his movie debut in "Abwärts" ("Out Of Order") directed by Carl Schenkel as one of four people trapped in an elevator. Afterwards he became a highly requested actor in Germany and the USA and starred in numerous movie and TV productions as well as in the theatre, typically in the role of a tough guy with a weak spot.

In 2009, after several years of TV-roles, Hannes Jaenicke returned to the big screen with his main role in the war drama "Waffenstillstand" ("Ceasefire") directed by Lancelot von Naso.

Following his turn as an alcoholic US actor in the theatrical release "Kaiserschmarrn" (2013), Jaenicke starred in Dominik Graf's TV thriller "Die reichen Leichen. Ein Starnbergkrimi" (2014) and returned for a fourth sequel of "Allein unter Töchtern", titled "Allein unter Ärzten" (2014). In 2015, he played a German police detective in the short-lived TV series "Urbino" and joined the cast of the buddy-movie "Männertag" ("Men's Day").

In addition to acting, Jaenicke was also active as a voice actor dubbing films and narrating audio books. In his private life, Jaenicke is actively supporting environmental causes and animal rights. He is particularly committed to the protection of orangutans in Borneo. In 2008 he also started a documentary series for the German public broadcaster ZDF entitled "Im Einsatz..." about endangered species such as polar bears (2009), dolphins (2016) and rhinos (2018). As an author, he published the non-fiction books "Wut allein reicht nicht. Wie wir die Erde vor uns schützen können" (2010), "Die große Volksverarsche. Wie Industrie und Medien uns zum Narren halten" (2013) and "Wer der Herde folgt, sieht nur Ärsche. Warum wir dringend Helden brauchen". Jaenicke is repeatedly honoured with awards for his multifaceted commitment, such as the Steiger Award in the environment category in 2012 and the Hans-Carl-von-Carlowitz Sustainability Award in 2018.

After starring in the feature film "Men's Day", Jaenicke has been focusing on TV work again. Among other things, he played an alleged rapist in Stefan Krohmer's "Meine fremde Freundin" (2017) and a V-Man from the Red Army Faction (RAF) scene in Dominik Graf's controversial "Tatort" episode "Der rote Schatten" (2017). At the end of 2018 the new crime series "Der Amsterdam-Krimi" started, starring Jaenicke and Alice Dwyer as investigators.