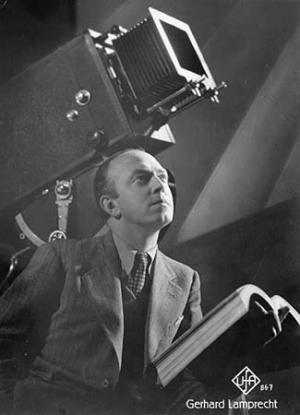 Gerhard Lamprecht was born in 1897 and died in 1974 in Berlin. At the age of 16, he had his screenwriting debut. He studied Art History and Dramatics and took acting classes. He was also internationally well-known as a film historian and collector. Until 1970, he worked on the 11-volume complete catalog of German Silent Movies, which with over 5000 pages is considered the most authoritative work on silent films between the years 1903 - 1931.