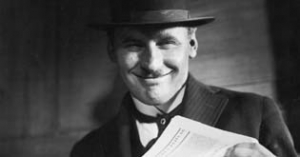 Emil is sent from the country to Berlin to bring his grandmother 140 Marks that his mother has been saving. But on the train, he is tricked and poisoned by a thief who steals all his money. Once he arrives in Berlin, he follows the bad guy and makes friends with another young boy in Berlin, who calls together all the children in the neighborhood to join in. They work out a plan, observe the thief night and day and finally lead him straight into the arms of the police. It turns out that the thief is in fact a long sought after bank robber, who has a reward of 1000 Marks being offered for his capture, which Emil proudly takes home to his mother.