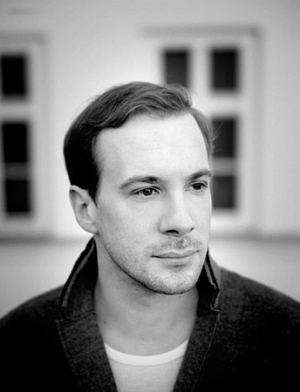 Florian Teichtmeister was born in Vienna on November 4, 1979. From 1999 to 2004 he trained to become an actor at the Max Reinhardt-Seminar, where the likes of Klaus Maria Brandauer and Samy Molcho were his teachers. Already during his studies, he played the first TV supporting roles and appeared on stage at the Vienna Volkstheater. In 2002, he received the Karl Skraup Prize for Best Newcomer for his role in "norway.today". In 2005 he won the Audience Award of the Bad Hersfeld Festival for his title role in "Amadeus". Also in 2005,  Teichtmeister was an ensemble member of the Vienna Theater in der Josefstadt. There he was seen, among others, as Andri in Frisch's "Andorra" (2006), as Hitler in Tabori's "Mein Kampf" (2008) and as Joseph in Thomas Mann's "Joseph und seine Brüder - Die Berührte" (2013). In 2013, he was awarded the Nestroy Audience Award.

Parallel to his extensive stage work, Teichtmeister has also been starring in television productions, mostly in supporting roles, for example, as a newspaper photographer in the comedy "Polly Adler - Eine Frau sieht rosa" (AT 2005), a role he also took on in 2008 in the TV series of the same name. With director Andreas Prochaska he shot four TV movies: the nuclear power drama "Der erste Tag" (AT 2008), the crime drama "Vermisst - Alexandra Walch, 17" (AT 2011), the series episode "Spuren des Bösen: Racheengel" (AT 2012) and the historical drama "Das Attentat - Sarajevo 1914" (AT/CZ 2014). For his short appearance in "Racheengel", he received the Deutscher Schauspielpreis (Prize awarded by the German Screen Actors' Guild). The main role in "Das Attentat - Sarajevo 1914" earned him a nomination for the Prize of the Deutsche Akademie für Fernsehen (German Academy of Television).

Teichtmeister appeared in recurring roles in TV series such as "Die Chefin" (AT 2013-2015) and "Altes Geld" (AT 2015). Other important work on TV includes his performance alongside Klaus Maria Brandauer and Martina Gedeck in Nikolaus Leytner's award-winning Alzheimer's drama "Die Auslöschung" (AT 2013), and his roles as the best friend of the main character (Ursula Strauss) in Wolfgang Murnberger's romantic comedy "Lost Found - Liebe im Gepäck" (AT / DE 2013) and as a paraplegic chief investigator in "Die Toten von Salzburg (2016).

He took over that part also in the sequels "Die Toten von Salzburg - Zeugenmord" and "Die Toten von Salzburg - Königsmord". He also starred in Julian Pölsler's "Alt aber Polt" (AT 2018), from the "Polt" series, as a cynical and self-destructive detective. In addition, Teichtmeister continued to participate in numerous productions of the Theater in der Josefstadt. In 2015, he received the Nestroy Audience Award for the second time (after 2013).

On the big screen, Florian Teichtmeister made himself extremely rare. He played Mozart in Marcus H. Rosenmüller's "Sommer der Gaukler" (2011) and the SS Oberscharführer Karl Josef Silberbauer in Hans Steinbichler's "Das Tagebuch der Anne Frank" ("The Diary of Anne Frank", 2016); in the dystopian drama "Life Guidance" (AT 2017) he was an authoritarian "optimizer". Teichtmeister then appeared in a leading role in Andreas Goldstein's "Adam und Evelyn" (2018), as a citizen of the GDR in 1989 who gets the chance to escape the GDR via Hungary to Austria with his girlfriend.

In the following years, he again appeared in television productions. For his role as a serial killer in the black-humoured crime thriller "Die Muse des Mörders" (AT 2018), he received a nomination for the Austrian Film Award 'Romy'; in the political thriller "Wiener Blut" ("Vienna Confidential", 2019), he played a corrupt official. He also continued to embody the paraplegic chief investigator in the crime series "Die Toten von Salzburg".