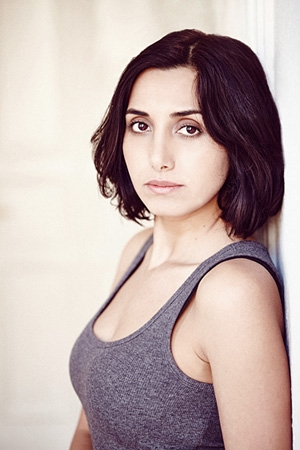 Narges Rashidi was born in Chorramabad, Iran in 1980. Raised in Germany since the age of eight, she studied acting at the "Etage - Schule für Darstellende Künste" between 2001 and 2004. Already as a student, she made her first screen appearances, including a part in the Sci-Fi feature "Æon Flux" (USA/D 2006). Her performance as the alluring, young girlfriend of an older man in the low-budget release "A2Z" (USA 2006) garnered her the award for Best Newcomer at the 2007 International Independent Film & Video Festival in New York.

On the big screen, Narges Rashidi played the girlfriend of a dynamic entrepreneur in Oliver Rihs' "Schwarze Schafe" (CH/D 2006), and also was one of the leads in Rihs' romantic comedy "Dating Lanzelot". Moreover, she had supporting roles in the psychological drama "Mein Prinz. Mein König" (2011) and in Til Schweiger's box office hit "Kokowääh 2" (2013). In Kadir Sözen's "Von Glücklichen Schafen" (2014), Narges Rashidi starred in the role of a single mother who has to prostitute herself in order to support her family.