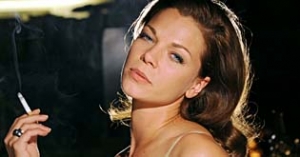 "I must always go the most extreme, even if it's not good. I love going to the limits of the possible, professionally as in my private life. I regret nothing" – Romy Schneider.

How many stars, in whichever field, are instantly recognizable from just their first name? Elvis Presley, from the world of music, of course. But actors? Romy Schneider is one of the very few to have earned a place among that elite pantheon and in this, a biopic whose title says it all, the award-winning the Jessica Schwarz, demonstrates that behind her beauty lie great acting chops.

"Romy", the film, depicts the most important events and passages in the life of this world star, a life that was lived both passionately and intensively and fascinates still to this very day. Romy Schneider was a woman, an artist, who remained a puzzle to the world as well as herself. There was the myth and reality of the celebrated and sought-after actress, and the sad reality of a woman who achieved such great success and yet searched unceasingly for the happiness and love that were to elude her.

She spent her childhood years in a boarding school, far from her parents. She fell deeply in love with French superstar Alain Delon, had what is best-termed a difficult marriage to Harry Meyen, suffered great personal loss and tragedy (including the death of her son) and, last but not least, fought constantly to escape her image as Sissi (the role of the empress Elisabeth of Austria she played in the 1955, 1956 and 1957 films of the same title). It was this struggle, just one of the many which defined her, that was to take her to France and there, finally, enable her rise to become a great international and award-winning star.