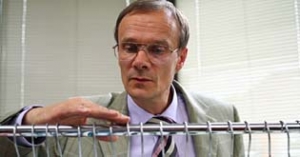 As an "old-school" sales agent Wolfgang Zenker is selling clothes to "Best Ager" – boutiques, catering to women aged thirty-five and above. When he loses his driving licence he commandeers his son, Karsten, to drive him around the province with a car loaded full of next years fashion. What nobody except Wolfgang knows, is that he′s both bankrupt and under threat from a younger and increasingly successful rival. What nobody except Karstens knows is that he is not only desperate to leave the family home and party in Spain, but he also has a very big secret of his own. Things come, as they must, to a head.