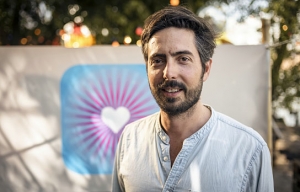 David Dietl was born in 1979 as the son of Helmut Dietl and Marianne Dennler. After being raised in Los Angeles, Paris and Munich, he gathered first-hand film experiences working as a video operator, assistant editor and assistant director on numerous film and TV productions. In 2001, he enrolled in the director's class of the Deutsche Film- und Fernsehakademie Berlin (dffb) and completed several shorts. In 2007, he shot the semi-documentary feature "Auf Nummer sicher?" for the ZDF network programme "Das kleine Fernsehspiel". The same year saw the premiere of the compilation film "GG 19", for which Dietl wrote and directed an episode. During an extended stay in China, he worked as assistant director on Florian Gallenberger's "John Rabe" (2009), which was shot there.

Dietl made his debut as feature film director with the satirical comedy "König von Deutschland" ("King of Germany"), which also marks his graduation from dffb. The film was released theatrically in late summer 2013. Dietl was awarded Best Director at the New Faces Awards 2014.

His television play "Ellas Baby" (2017), about a pregnant 16-year-old girl who is supported to the best of his ability by her single father, also received positive reviews. At the same time Dietl worked on the documentary "Berlin Bouncer", a film about the lives of three Berlin bouncers who had already achieved legendary status as "guardians" of the hottest clubs in the 1990s. The film premiered at the Berlinale 2019 in the Perspektive Deutsches Kino section and was released in April 2019. Shortly before that, in March 2019, Dietl's social comedy "Rate Your Date", about two girlfriends who are developing a new kind of dating app with not only positive consequences, was released in German cinemas.