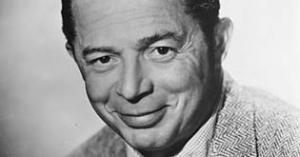 Billy Wilder was born as Samuel Wilder on June 22nd 1906 in Sucha (Galicia, Austria-Hungary). During WWI, the family relocated to Vienna, where Samuel graduated from school and started out as a journalist. In 1926, he moved to Berlin, and began working on the side as an uncredited scriptwriter. Wilder's contribution to Robert Siodmak's "Menschen am Sonntag" established him in the film industry, and he collaborated on the scripts to "Emil und die Detektive" and "Ein blonder Traum".

Shortly after Hitler was elected, Wilder emigrated to Paris where he co-directed the feature film "Mauvaise Graine". In 1934, he travelled to the United States and participated in the production of Joe May's "Music in the Air". After being put under contract by Paramount, Wilder teamed up with fellow writer Charles Brackett, and together they developed some of the most memorable stories in comedy history: They wrote the screenplays for "Bluebeard's Eighth Wife" and "Ninotchka" – both directed by Ernst Lubitsch – and for Mitchell Leisen's "Midnight".

In 1942, he made his Hollywood debut as a director with the screwball comedy "The Major and the Minor". He then directed Erich von Stroheim as German General Rommel in the war movie "Five Graves to Cairo" and collaborated with Raymond Chandler on the script to Wilder's seminal contribution to the Film Noir, "Double Indemnity". Next, he went on to win his first Academy Awards for the drama "The Lost Weekend". In the autumn of 1946, Wilder, whose family members were murdered in Auschwitz, came to Germany in the rank of a colonel of the US Army. In this function he oversaw the post-production of Hans Burger's documentary "Die Todesmühlen", which showed the liberation of the Nazi death camps by the Allied forces.

Wilder ironically captured the moral ambiguities and contradictions in post-war Germany in "A Foreign Affair", which starred Marlene Dietrich and was shot on location in Berlin. He followed with "Sunset Boulevard", a scathing satire on Hollywood's obsession with glamour and fame, which won Wilder and Brackett an Oscar.

From 1951 on, Wilder also produced many of his films and proved himself as a master of all genres. The bittersweet romance "Sabrina" was followed by the court room drama "Witness for the Prosecution", but it were his brilliant comedies like "Some Like It Hot" and "The Appartment", which cemented Wilder's now legendary status as an exceptional filmmaker.

With "The Fortune Cookie", Wilder paired the comical talents Jack Lemmon and Walther Matthau for the first time, and he later also directed the iconic duo in "The Front Page" and "Buddy, Buddy". His Cold War-comedy "One, Two, Three" was a commercial flop due to the geopolitical escalation after the construction of the Berlin wall, but later became a cult classic in its own right.

Retiring from directing in the early 1980s, the multiple-Award winning filmmaker and sophisticated storyteller continued to work as an advisor for United Artists and became a much-sought interview partner for admiring colleagues like Volker Schlöndorff and Cameron Crowe.

Billy Wilder passed away in Beverly Hills on March 28th 2002.