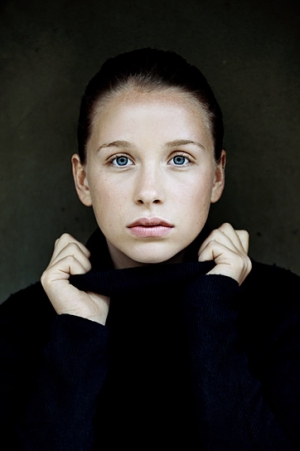 Anna Lena Klenke was born in Berlin on December 25, 1995. She made her acting debut in 2010, featuring in Baran bo Odar's drama "Das letzte Schweigen" ("The Silence") as a thirteen-year-old girl who disappears from her hometown without a trace. She went on to play the crush of a juvenile alcoholic in Bodo Fürneisen's drama "Komasaufen" (2013, TV) and was part of the ensemble of the box office hit "Fack ju Göhte" ("Suck Me Shakespeer", 2013). She had further important parts in the "Tatort" entry "Das verkaufte Lächeln" (2014), in the TV comedy "Zwei Familien auf der Palme" (2015) and in Sebastian Schipper's multiple award-winning "Victoria" (2015). Next to her acting career, Klenke started to study psychology in Berlin in 2014.

In "Fack ju Göhte 2" ("Suck Me Shakespeer 2", 2015) she returned as the younger sister of Karoline Herfurth's main character. Together with Jella Haase and Gizem Emre, Klenke won the Bavarian Film Award for Best New Actress with this film. Following additional roles on TV in films such as the "Tatort" entry "Fünf Minuten Himmel" (2016) or "Unser Traum von Kanada: Sowas wie Familie" (2016), Klenke returned to the big screen, this time playing the lead: In "Rock My Heart" she starred as a cardiac teenager who develops a special friendship with a wild horse and who secretly tries to compete at a horse show. In the fall of 2017 "Fack ju Göhte 3" ("Suck Me Shakespeer 3") opened at the movies, followed by Lars Kraume's period drama "Das schweigende Klassenzimmer" (release date: 1 March 2018).