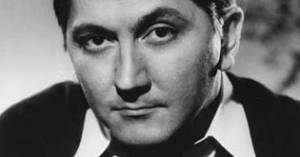 Robert Graf, born Novemver 18, 1923, in Witten at the Ruhr, was drafted by the Wehrmacht after finishing school in 1942 and deployed at the eastern front. After being wounded, Graf at first worked in defence production but began to study philosophy, art history, and theatre studies in Munich in 1944. In 1946, he started his theatre career and performed at theatres in Straubing, Wiesbaden, Salzburg, and at Munich"s Kammerspiele where he was seen in numerous successful productions such as Borchert"s "Draußen vor der Tür" and Molière"s "Tartuffe". In 1952, Graf married the Swiss actress Selma Urfer.


In 1957, Graf played the title role in Ottomar Domnick"s experimental feature film "Jonas", a print shop employee suffering from feelings of guilt and isolation. Graf then starred in Rolf Thiele"s "El Hakim" (1957) and won the German film award in silver as best new actor for his portrayal of the reckless opportunist Bruno Tiches in Kurt Hoffmann"s satire "Wir Wunderkinder" ("Aren"t We Wonderful", 1958).

In his following films, Graf mainly appeared in similar, unfathomable roles but also proved his comic talent as the bankrupt Grünlich in "Buddenbrooks" (1959). Furthermore, Graf played a supporting role in the top-class US production "The Great Escape" (1962), directed by John Sturges.

From the mid-1950s on, Graf appeared in numerous TV productions, often in theatre productions like Sartre"s "Die schmutzigen Hände" that were filmed for TV. In addition, Graf portrayed some rather sophisticated, yet torn characters in several TV productions playing during the Nazi regime, for instance in Franz Peter Wirth"s "Der Hund des Generals" (1964). Graf played his last role in the TV production "Porträt eines Helden" (1966).

Robert Graf died of cancer on February 4, 1966, in Munich, after already losing a foot in 1965. In 1997, his son, Dominik Graf, made "Das Wispern im Berg der Dinge", a documentary film about his father and the cinema of his time.