On April 24, 1945, just a few days before the Third Reich capitulated, thus ending the Second World War, Red Army units occupied the "Ufa city of Babelsberg", bringing the group's most important asset under Russian control. The Allies broke up UFI (as the company was known under the Nazis) to prevent the re-emergence of a powerful, centralized German film industry. Not only political but economic interests motivated their actions: the occupying powers wanted to safeguard the German cinema market for their own industries. In September 1949, the American and British military governments passed divestiture legislation called Lex UFI, which placed Reich film assets under trustee administration until they could be auctioned off. The use of the Ufa name was prohibited. The anti-trust act passed by the German Bundestag in June 1953 partially loosened these rigid regulations, enabling interested parties to make limited purchases of film studios, cinemas and technical operations (e.g. processing laboratories). A few years later it became apparent that the government wanted to establish a new Ufa film group: in April 1956, a bank consortium, once again under the direction of Deutsche Bank, paid 12.5 million marks for Ufa-Theater AG and Universum-Film AG, which had been consolidated as stock corporations. It also acquired the Afifa processing laboratories and the Tempelhof studios in Berlin. Arno Hauke, previously general trustee of UFI assets in the British occupation zone, was appointed CEO of both corporations. 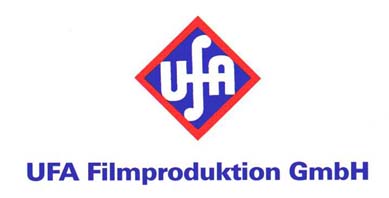 January 1964 the crippled Universum-Film company was bought up by Bertelsmann, which at the time was mainly active as a publisher, book club and record label (Ariola). The deal included all films and rights, as well as the cinema chain of Ufa-Theater AG. The emerging media group was primarily interested in the music publisher's rights. When, in the mid-1960s, the American company Seven Arts wanted to buy the rights to some 3,000 feature films and Kulturfilme, the Friedrich Wilhelm Murnau Foundation was established to stop a the sell-out to a foreign company. The Spitzenorganisation der deutschen Filmwirtschaft - an umbrella organization for the German Film Industry - initiated this measure with the support of the West German government. In 1966, the foundation paid some 14 million marks for the rights to all films made by companies in the former UFI group, and it has administered them ever since. In 1972, cinema entrepreneur Heinz Riech bought the Ufa's movie theaters, but Bertelsmann retained the right to use the traditional name Ufa for production purposes. The old label is still deployed in different divisions of the internationally active Bertelsmann group - by the holding company, by CLT-UFA (Bertelsmann and Audiofina), by Ufa Grundy in its daily soap productions, and for the sale of sports rights for television or video release. For some time, though, Ufa has had little to do with the aspirations of the old company.