Berlin in Real Time. The "Berlin School" and the New Perspectives Towards the East 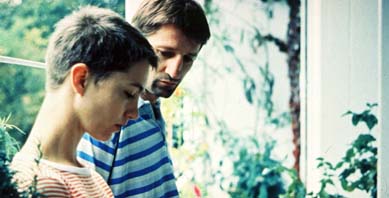 In the eyes of today's young German filmmakers, the metropolis, Berlin, no longer seems to be seen as a young, promising capital city. In Wolfgang Becker's film "Das Leben ist eine Baustelle" ("Life Is A Construction Site", 1997), the reunited city still seemed suitable as a rough but romantic and adventurous playground, that could indeed distract young people for a while from becoming adults. And in Tom Tykwer's "Lola rennt" ("Run, Lola, Run", 1998) it builds the stage as a racecourse set for the energetic Teens and Twens, for whom the new Berlin Republic seemed to offer so many possibilities.

Exponents of the new "Berlin School", however, such as Christian Petzold, Thomas Arslan and Angela Schanelec with their current discrete realism, have now stepped heavily on the brakes. Here, despite all the hype of new glamour and of the so-called New Middle, the city now seems to be a place of the nearly 40s - those who, while still affectionately holding onto the utopias of a past gone era, have already arrived at a fully saturated life long ago. 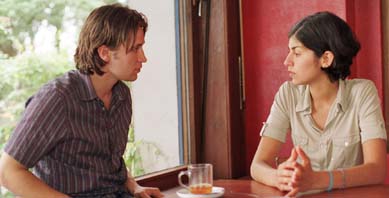 Like the protagonists in Schanelec's Film "Mein langsames Leben" ("Passing Summer", 2001), in which the director lets her eye promenade through day to day life without seemingly wanting to decide between what is banal and what is significant, the film branches out into an ever finer capillary plot. In his film "Der schöne Tag" ("A Fine Day", 2001), Thomas Arslan also moves between observation, description and storytelling. Arslan accompanies a young Turkish woman carrying out her daily chores, where the single-mindedness of her steps is countered by the fluttering of her feelings and so he sketches out at the same time, through this vague contradiction, a neighborhood spirit, namely that of Kreuzberg.For Schanelec and Arslan it's all about the compelling dramatic form of a moment, not the construct of a story. It's about people, whose inner-search is translated into an outer movement. Meanwhile, the young phlegmatic woman, who is followed by Maria Speth in her film "In den Tag hinein" ("Days Between", 2002), does not seem to be looking for anything at all anymore as she wanders through Berlin at night. Here, the metropolis consists mainly of desolate gas stations and parking lots: economic and social statements promising mounting value are not made. And, like in all new Berlin films, the well known iconography of the world city is sought-after in vain. 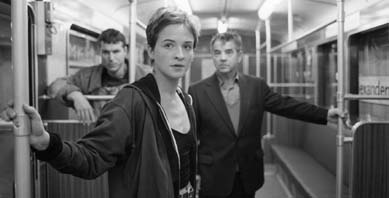 In Hannes Stöhr's film "Berlin is in Germany" (2001), parts of this world city iconography resurface – but in a strange new form. Here, the TV-Tower in East Berlin looms above city roofs like the last coordinates of a fallen system. For the hero of the film, an East German who landed in jail shortly before the fall of the wall and who is then later released into a reunited Berlin, only the well-known Alexander Square helps to provide him with a degree of orientation in a confusing world. At the same time, the drama highlights one of the essential shifts to be found in contemporary German cinema: For like the prisoner eleven years after the jail gates have opened, film directors have now finally begun to widen their field of vision towards the East, one whole decade after the fall of the Berlin Wall. One who has succeeded in this is Andreas Kleinert in his "Taxi Driver" type film "Wege in die Nacht" ("Paths In The Night", 1999), where a discharged VEB director and a gang run rampage in the Berlin subway, taking the law into their own hands. In this way, an absence of identity is revealed, like a sealed vacuum, where the losers of German Reunification somehow trapped must break through. Moreover, like Andreas Dresen's film "Die Polizistin" ("Policewoman", 2001) or the film "Halbe Treppe" ("Grill Point", 2002), these wonderful milieu studies great provide insight into the specific problems found on the margins of life in eastern Germany, without ever reducing the characters to the level of a social reportage. The urgency conveyed in the stories situated respectively in Rostock and Frankfurt/Oder may perhaps be in part due to the fact that the economic situation for the whole of Germany is now tending to approach successively that of the new Federal States in eastern Germany. In times when the principle of solidarity is being seen as increasingly negotiable, the question is also arising in the West: How does one actually live within this on-going crisis? 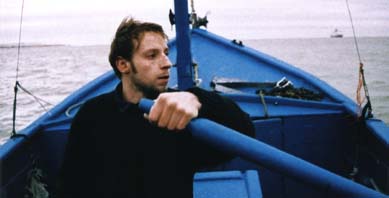 Like the country as a whole, Berlin is also a place of transit. Covering all the subculture biotopes in this line, Achim von Borries shows in his film "England!" (2000) the city as a transit camp and never-ending provisional arrangement: the austere roadmovie accompanies an ex-Soviet soldier, who, having been hopelessly exposed to the outbreak of radiation since Tschernobyl, stops off in the reunited metropolis while on his way from the Oder to the English Channel and onwards to the promised Kingdom. Berlin, distant lights of the West – for most of the refugees in Hans-Christian Schmid's film "Lichter" ("Distant Lights", 2003), this distant goal has to remain a mirage, during which time the emissaries of an uninhibited capitalism are shamelessly flooding over the banks of the river Oder. In this inter-face between Western flows of capital and the streams of refugees from the East, Schmid examines the transit business taking place in goods, bodies, and emotions – and that very consistently from both banks of the river.