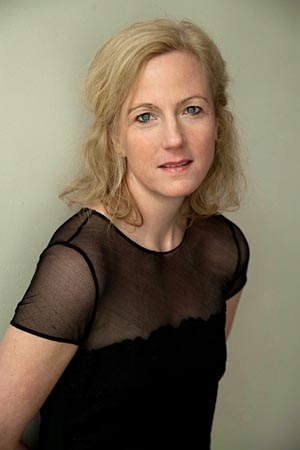 Sabine Michel was born in Dresden in 1971. After gathering first experiences as assistant director and assistant DoP, she became a trainee at the SFB television network, and later got a scholarship for the FEMIS film academy in Paris. She also spent a year in Lisbon and studied directing at the "Konrad Wolf" film academy in Potsdam.

In 2007, she completed the feature film "Nimm dir Dein Leben" ("Take your Life") which starred Sebastian Urzendowsky and was photographed by renowned DoP Jürgen Jürges. She then worked on the TV documentary series "Mein Leben", for which she portrayed actress Corinna Harfouch (2009), photographer Sibylle Bergmann (2010) and boxer Henry Maske (2011). Her feature on Bergmann won Michel an Adolf Grimme Award in 2012.

2013 saw the release of Sabine Michel's feature documentary "Zonenmädchen", in which she revisits her own youth experiences – and those of four of her friends – during the time of Germany's reunification.