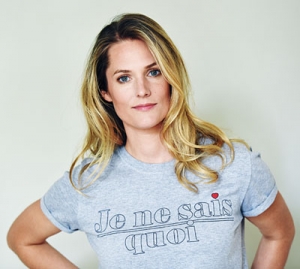 Marie Burchard was born in Bonn on October 6th, 1982 and grew up in Chavenay, France. From 2004 to 2008 she studied acting at the University of Performing Arts Ernst Busch in Berlin. Following this, she appeared in stage productions at the Bat Studio Theater and the Maxim Gorki Theater in Berlin as well as at the Salzburg Festival in 2008 and at the Ruhrtriennale in Essen in 2009. From 2008 through 2010, Burchard starred in several TV and feature film productions. She played a lead role as the lover of a married man in the relationship comedy film "Die letzte Lüge" ("The Last Lie", 2011) and took on guest roles in a number of TV series, among them "Der Kriminalist" and "Heiter bis tödlich".

Mainly however, Burchard worked on stage at the Schauspiel Frankfurt, Düsseldorf's Schauspielhaus and at the Renaissance Theater in Berlin. In 2015, she became a member of the ensemble at the Berliner Schaubühne.

In addition to her theater work, Burchard has been continuing to star in selected TV and feature film productions. She played one of the main characters in the comedy film "Verliebt Verlobt Vertauscht" (2015, TV) and a supporting role in Til Schweiger's comedy feature film "Klassentreffen 1.0" (2018). After guest starring in several TV series, she took on the lead role in the dramedy series "Sankt Maik", in which she played alongside her sister Bettina Burchard. She appeared in another bigger role in Detlev Buck's feature film "Wuff - Folge dem Hund" (2018), playing a dog trainer who one of her clients falls in love with.