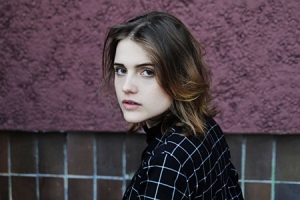 Mala Emde was born in Frankfurt am Main on April 22 1996. At the age of eleven, she made her screen debut in a bit part in the TV series "Post Mortem". From 2009 until 2012, she attended the Studio Sohl in Frankfurt, where she appeared in several stage productions. At the same time, she had supporting roles in TV productions, including the "Tatort" episode "Architektur eines Todes", the drama "Mittlere Reife" and the children's show "Krimi.de".

Following major roles in the TV comedy "Sommer in Rom" (2013) and the TV drama "Das Paradies in uns" (2013), Mala Emde starred opposite Götz Schubert in Raymond Levy's semi-documentary drama "Meine Tochter Anne Frank" (2015): Her performance in the role of Anne Frank garnered her the Newcomer Award at the Bavarian Television Awards as well as nominations for the Günter Strack Fernsehpreis, the New Faces Award and the Hessian Film Award. Also in 2015, she was the female lead in the fairy tale "Nussknacker und Mausekönig" (TV).

Again working with Raymond Levy, she played a young woman under the influence of Islamist extremists in the 2016 "Tatort" episode "Borowski und das verlorene Mädchen". The same year, she joined the cast of the psychological thriller "Neben der Spur - Todeswunsch" and enrolled as acting student at the renowned Hochschule für Schauspielkunst Ernst Busch in Berlin.

Following her leading role in the fantasy film "Offline - Das Leben ist kein Bonuslevel" ("Offline – Are You Ready for the Next Level?", 2016), Mala Emde played the part of noblewoman Ave von Schönfeld in the period drama "Katharina Luther" (2017, TV).

Also in 2017, she played the title role in the film adaptation of Marlen Haushofer's novel "Wir töten Stella" ("Killing Stella") alongside Martina Gedeck as a student who begins a fateful affair with the father of a family.

For her leading role in the philosophical road movie "303" (2018), she was awarded the Young Actor Award at the Mecklenburg-Vorpommern Film Art Festival. Heinrich Breloer cast her in the biopic "Brecht" (2019) as Paula Banholzer, the first childhood love of Bertolt Brecht. The second season of the successful series "Charité" (2019) showed her as a committed and (initially) faithful young doctor during the Nazi era.

After a smaller role in Jan Ole Gerster's character study "Lara" (2019), Emde was seen in a leading role of "Octopus und Muräne", about two childhood friends whose nostalgic meeting is thrown off balance because one of them brings his girlfriend along.

Julia von Heinz cast Emde in the leading role of the antifa drama "Und morgen die ganze Welt" ("And Tomorrow the Entire World", 2020), as a politically active student who joins the antifa and becomes increasingly violent. The film premiered at the Venice International Film Festival, where Emde was awarded the Bisato d'Oro, the prize of independent film critics. The German cinema release was in October 2020.