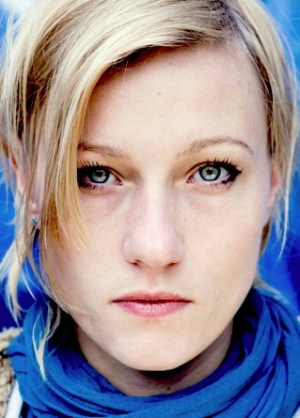 Lana Cooper was born in Hamburg in 1981. From 2002 until 2004, she was a member of the youth theatre group "Backstage" at the Deutsche Schauspielhaus in Hamburg. She went on to study at the acting studio Frese until 2007, and during that time, she also performed in several stage productions. She made her screen debut in a small role in Christian Görlitz' "Fleisch ist mein Gemüse" (2008). Director Rolf Peter Kahl then cast her as one of the leads for his drama "Bedways" (2010), in which she plays an actress who is drawn into a psychological mind game between make-believe and reality.

In 2013, she was part of the ensemble of the comedy "Geld her oder Autschn'", which stars human actors along with puppets. Lana Cooper got rave reviews – and also won an award in the acting category at the Förderpreis Neues Deutsches Kino – for her performance as a love-struck hotel employee in Jakob Lass' comedy "Love Steaks" (2013).

In the unconventional, award-winning comedy "Schmitke" ("How Julius Schmitke Escaped Death Like a Clumsy Seal", DE/CZ 2014) Cooper had a supporting role as the esoteric daughter of the title character. She then appeared in guest roles in the series "Soko Wismar" (2014) and "Unter Gaunern" (2015).

On the big screen, Lana Cooper belonged to the ensemble of the drama "Dieses Sommergefühl" ("This Summer Feeling", FR/DE 2015) and in the mystery drama "Wir sind die Flut" (2016) she had a leading role as a physicist who wants to get to the bottom of a mysterious natural phenomenon with a colleague. The much-praised TV drama "Kaltfront" (2016) showed her as the daughter of a murderess released from prison and caught up by her past. At the Munich Film Festival in 2016, the love comedy "Beat Beat Heart", influenced by 'German Mumblecore', premiered with Lana Cooper as an abandoned romantic who firmly believes in her boyfriend's return, but instead her mother moves in with her.

At the end of August 2016, the drama "Looping", which premiered at the Max Ophüls Film Festival, was released in cinemas. Cooper played a leading role alongside Jella Haase and Marie-Lou Sellem as a patient in a psychiatric clinic that develops a strong bond with two other women. For her performance, Cooper was awarded Best Actress at the Achtung Berlin Festival 2016.

After that she was seen in smaller supporting roles in Jakob Lass' "Tiger Girl" (2017) and Tom Lass' "Blind & Hässlich" ("Blind & Ugly", 2017). On television she played the inscrutable boss of a murder victim in the "Tatort" episode "Mitgehangen" (2018). The highly acclaimed "Frankfurt, Dezember 17" (2018) showed her in a leading role as the witness of a brutal attack on a homeless person. She also belonged to the ensemble of the TV series "Deutschland 86" (2018).