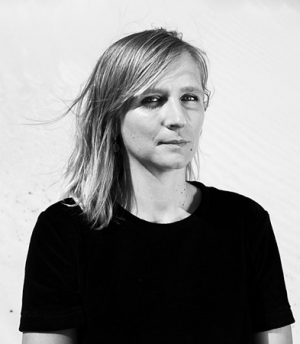 Judith Angerbauer was born in 1977. From 1997 on, she worked as an assistant director, set and costume designer at several theatres. At the same time, she and Matthias Glasner co-wrote the screenplay for "Mathilde liebt" (2005), which depicted the late love of a widowed senior citizen. Along with Glasner and Jürgen Vogel, she next wrote the script for the controversial, award-winning feature film "Der freie Wille" ("The Free Will", 2006). In 2006, Angerbauer, Caroline Kirberg and Michael Kotschi founded the Berlin-based production company juccafilm.

After helming several shorts, Angerbauer shared directing duties with Bernhard Landen on the feature film "Sonnwende" (2012). The film about a teenage girl who is traumatized by an accident premiered at the 2013 Max Ophüls Preis Festival and was released theatrically in December that same year.

Together with Lars Kraume (also director), Angerbauer wrote the scripts for the series "Die neue Zeit", which had its world premiere at Canneseries in 2019, followed by its German premiere at Filmfest München, and was broadcast on ZDF and arte in autumn 2019. It stars Anna Maria Mühe and August Diehl, among others.