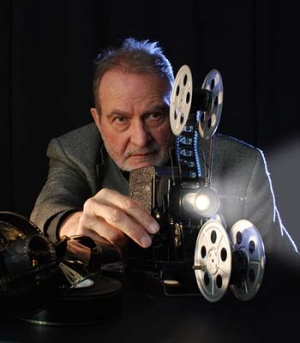 Edgar Reitz was born in Morbach/Hunsrück in 1932. After school graduation, he studied Literature, Journalism and Drama in Munich. Parallel to this, he attended acting classes and made his first attempts at literature. He has worked as a production assistant, dramaturge, cameraman and film editor. In 1962, Reitz was one of the signatories of the "Oberhausen Manifesto". Together with Alexander Kluge and Detten Schleiermacher, he founded the Institute for Film Design at the College of Design in Ulm, where he worked as a lecturer in Camera, Dramaturgy and Montage from 1963 onwards.

Since 1966, Reitz has realized and produced his own feature films. He has received several German Film Awards, including for his film "Stunde Null" ("Zero Hour") in 1977. Since 1995, he has been a professor of film at the State College of Design in Karlsruhe. He worked on his epochal cycle "Heimat", which was celebrated worldwide and won numerous awards, from 1980 onwards. The first series "Heimat" ("Heimat - A Chronicle of Germany"), published in 1984 in eleven parts, told the story of a fictional village in the rural Hunsrück region as a mirror of the 20th century in Germany. "Die zweite Heimat" ("Heimat 2. Chronicle of a Generation", 1992, 13 parts) focussed on a group of students in Munich in the 1960s. The completion of the third part of this cycle in 2004 ("Heimat 3" / "Heimat 3 - A Chronicle of Endings and Beginnings", six parts), about the repercussions of the German reunification and the way to the next century, already meant the cycle had a length of 53 hours; "Heimat 3" celebrated its premiere at the "Mostra" in Venice in 2004.

Edgar Reitz then went on to work on "Ortswechsel", an equally ambitious project: derived from discussions between Reitz and composer Johannes Kalitzke about the interdependence of music and motion pictures as art forms, the experimental silent film was accompanied by a live orchestra and premiered in 2007 at the Music Days in Donaueschingen.

Following extensive preparations, Edgar Reitz began principal shooting of his new feature film "Die andere Heimat" ("Home from Home - Chronicle of a Vision") in the spring of 2012: Set in the 19th century in the same fictional Hunsrück village Schabbach of "Heimat", it tells the story of two brothers, who, when faced with poverty and despair, ponder if they should emigrate to South America like many of their peers. The four hour work premiered at the Venice film festival and opened in cinemas in October 2013. It won several important awards, among them German Film Awards in Gold for Best film, Best directing and Best screenplay.

In 2016 Reitz was awarded two honorary prizes: the Bavarian Maximilian Order for Science and Art and the German Director's Award 'Metropolis' with the VG Bildkunst honorary award for his life's work.

Edgar Reitz published his memoirs in 2022 with the title "Filmzeit, Lebenszeit".