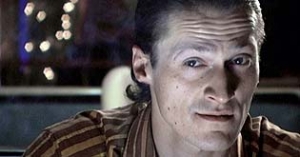 David Scheller was born in Würzburg in 1971. From 1989 until 1993, he studied acting in Munich. He made his screen debut as the lead in the melodrama "Geteilte Nacht" (1992), followed by a supporting turn in "Die HonigKuckucksKinder" (1992) and a string of guest-starring roles on TV.

David Scheller was one of the leads in "Das wilde Leben" ("8 Miles High", 2007), a film about Sixties icon Uschi Obermaier, and had a memorable role in Thomas Arslan's acclaimed gangster film "Im Schatten" ("In the Shadows", 2010). He also got favorable reviews for his performance as a tormented rapist and alleged serial killer in the "Tatort" episode "Es ist böse" (2012).

In 2014, Scheller became one of the leads of the TV series "Diese Kaminskis - Wir legen Sie tiefer!", which revolves around three unlike siblings who run a funeral home. The following year, he starred in the surreal mystery drama "Der Bunker" ("The Bunker"), playing the father of a neurotic, completely isolated family. The film went on to win several festival awards and was released theatrically in January 2016.