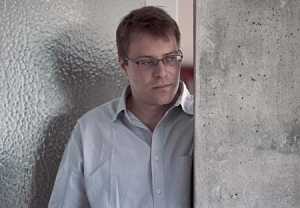 Christoph Hochhäusler, born in Munich in 1972, studied architecture at Berlin Technical University from 1993 to 1995. Then he studied directing at the Academy of Television and Film School (HFF) in Munich from 1996 to 2004. He worked in various jobs as storyboard illustrator, sound editor and assistant director. In 1997 he co-founded "Revolver" film magazine, whose co-publisher he is till today. Besides, he wrote numerous articles on cinema for "Süddeutsche Zeitung", "png", "Cult", "Insert" and other publications.

At the 2014 Rome Film Festival, "Die Lügen der Sieger" ("The Lies of the Victors") premiered. It relates the story of a journalist who investigates a political scandal. Following several more international festival screenings, the film was released in Germany in June 2015.