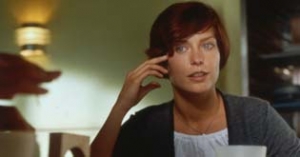 Twelve year old Jeanette has to watch as a murderer in women′s clothes kills her parents with a sickle. Even today, Jeanette still can not remember why she survived that night. After ten years in an asylum her psychiatrist wants to integrate her back into normal life. Her job is to teach French to three teenage brothers and sisters during their summer holidays. Already on her way there we can not get rid of the feeling that someone is following the young woman. Leon, 18, Melissa, 17, and Lissy, 16, hate Jeanette for destroying their holiday plans. Soon a dress is missing from Jeanette′s suitcase. A sickle has disappeared from the shed. We more and more get the feeling that the lunatic from that time has come back. Tension and horror are increasing to the climax as there are more and more people killed. In the meantime, Jeanette is caught more and more by her past. After Jeanette′s flashback, we know, why he returned after ten years. But now the situation is escalating and we find an end that nobody would have expected.