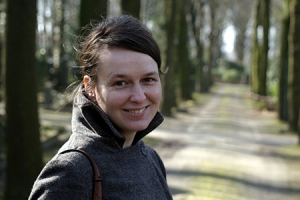 Britta Wauer, born 1974 in Berlin, completed an apprenticeship at Berlin's school of journalism and worked for the editorial staff of "Spiegel TV Reportage" in Hamburg from 1995 to 1996. In 1997, she started to study directing at Deutsche Film- und Fernsehakademie Berlin (dffb) and successfully graduated in 2004. Already during her studies, Wauer worked as an assistant director for Jutta Brückner and for Helmut Dietl. Her prediploma film "Heldentod" (2001) won several awards; and her graduation film "Die Rapoports – Unsere drei Leben", that was shown on TV, won the Grimme award.

In 2005, Britta Wauer set up the production company Britzka Film and finished the documentary film "Berlin Ecke Volksbühne" ("Berlin: A Square, a Murder and a Famous Communist") for her production company. In 2008, she adapted Knut Elstermann's autobiographical book "Gerdas Schweigen" into a screenplay and directed the film for the big screen, which won several awards.

Her next project was a documentary about the Jewish cemetary in Berlin-Weißensee "Im Himmel, unter der Erde" ("In Heaven Underground") which premiered at Berlinale 2011 in the section Panorama and won the audience award. Also in 2011, she received a newcomer award by the DEFA-Stiftung.

Wauer's next documentary focused on the exceptional biography of Rabbi William "Willy" Wolff, whom she first met during the shoot of "Im Himmel, unter der Erde". "Rabbi Wolff" was released in Germany in April 2016.