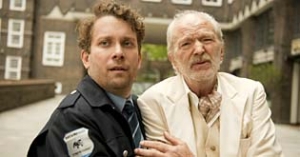 All in all, Lutz is a happy man: He likes his job as a security guard for a money transport and has found the love of his life in Annette, the daughter of his boss. Just when he wants to propose to her during an office party, his father Walther suddenly appears. The long-lost, eccentric man was never there for Lutz, and his return means bad news. Not only does Stielike senior ruin his son′s marriage proposal, but he also robs a money transport guarded by Lutz. But Walther cant′ remember where he hid the loot due to Alzheimer′s disease, and when Lutz learns of his father′s illness, he realizes that there is not much time left for him to reconcile with the old man.